Technically the 3rd largest mosque in the world Sheikh Zayed Grand Mosque is an architectural wonder. A spiritual and national iconic mega structure emerged from what once a lifeless desert in Abu Dhabi capital of UAE.

Grand mosque is a result of grand vision of late president of the United Arab Emirates (UAE), Sheikh Zayed bin Sultan Al Nahyan. Grand mosque took 12 years to build. The project started in 1996 and completed on 20th December 2017 with a budget in excess of 2 billion dirhams (more than US $550 million) 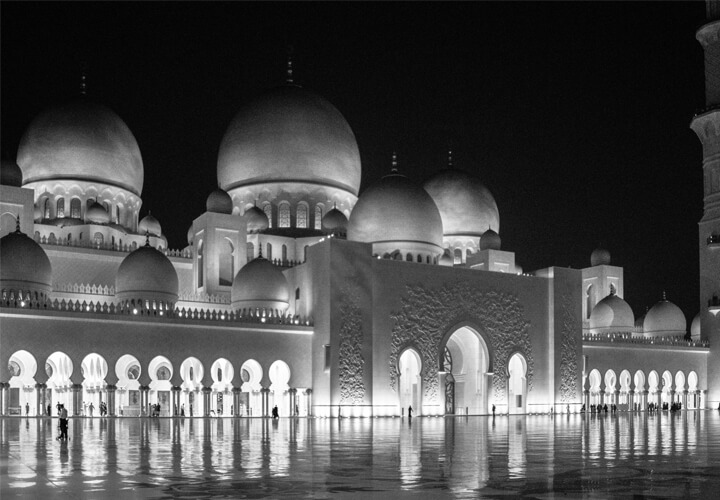 The objective was simple; build the biggest mosque in the region, which will add another jewel to the crown. This Islamic structure is a true artistic statement in massive scale.

The scale is so big that other bigger things look very ordinary. The crowning glory of the main prayer hall is the world largest chandelier.

This is one of largest project of its kind covered with purest white marble imported from multiple countries. Women’s from Iran cover floor of the mosque with world’s largest carpet made.

Centerpiece of the mosque is the biggest mosque dome made from pure white marble, which resemblance Taj Mahal of India.

People from the United Kingdom, India, Belgium, Bangladesh, Pakistan, Philippine Turkey, Arabs from UAE and other parts of GCC worked on this massive project. 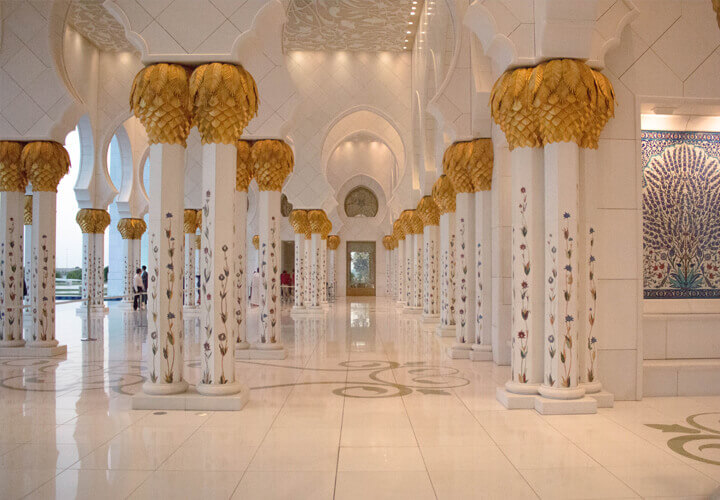 Hand crafted floral work, which is a blend of classical, and modern is done by hand & machine.

The Column, the arch & the dome can be described as the trinity of Islamic architecture. However, the contour of the mosque is more, free flowing and shows a much brooder fusion of influences.

The main prayer hall (which can accommodate up to 9,000 worshippers, smaller prayer halls and the arcade are built on an eight-meter pedestal and the mosque has one 85 meter high main dome, with two 75 meter high domes on either side of it.

The huge crystal chandelier in the main prayer hall is one of seven German made chandeliers costing more than US$ 8 million. The chandelier is made of Swarovski crystal and with 24 karat gold gilded plates.

It currently receives more than 3 million worshippers and visitors per year and in 2016 was voted the 2nd top landmark in the world by Trip advisor contributors.

The main entrance reveals text from the Holy Quran, as well as designs carved into the white marble of the arches leading to the Sahan 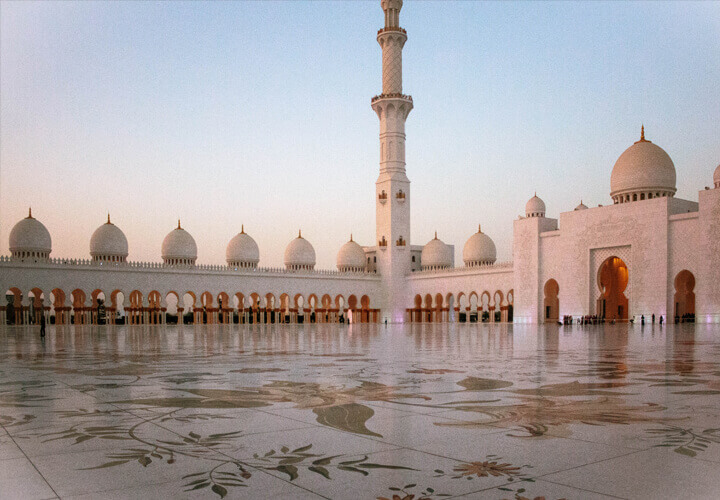 Unlike other mosque, Grand mosque is open to all and from 9am till 10pm every day other than Friday. If you are a non-Muslim then you can still visit Grand Mosque on Friday from 4:30pm till 10pm

The ideal time to visit the mosque is before the sunset. So you can enjoy the spectacular view of Sun going down and amazing beauty of the great icon of Abu Dhabi.

Sheikh Zayed Grand Mosque is designed for a great light show as well. Check out the magical light show of the mosque from below video.

If you have not yet visited Sheikh Zayed Grand Mosque then its time for you to pay a visit and live the dream of late president of the United Arab Emirates (UAE), Sheikh Zayed bin Sultan Al Nahyan