The most anticipated event of the year, the Formula 1 Etihad Airways Abu Dhabi Grand Prix, is back. The grand event will take place on Yas Marina Circuit over the weekends from November 24 to November 26. As Abu Dhabi Grand Prix is the final race of the Formula 1 season and F1’s only twilight race, it never fails to raise the excitement quotient among the fans with each passing year.

Yas Marina Circuit on Yas Island will play host to more than 60,000 fans of the game along with the party hoppers, including some of the biggest names from around the world. In its ninth successful year since it was founded in 2009, the Abu Dhabi Grand Prix is also awaited for the bunch of entertainment, exhibitions, parties and other such events that it will bring to the table as a bonus.


The best part is that the ticket holders will be able to admire their favorite team closely during the Pit lane walks. Oasis area entertainment to have fun with family is cherry on the icing!
Yasalam After-race Concerts

November 23 will see famous international DJ, Grammy-award winning record producer and songwriter Calvin Harris, who has given hits like “Summer” and “How Deep is Your Love”, inaugurate the Yasalam after-race Concerts. In fact, the four day long celebrations will have different mega music stars performing for the Yasalam After-race concerts each day.

While J.Cole, a Grammy nominee, hip-hop producer and recording artist, will be performing for the crowds on November 24th; UK based rock band Mumford & Sons will put an amazing show on November 25. The American pop sensation Pink will set the stage on fire with her mesmerizing performance on the last day of the event, November 26.

The venue for the Yasalam After-race Concerts will be Du Arena on Yas Island. The tickets for the concerts can be availed as part of the F1 race ticket package. However, for a great concert experience, you should definitely upgrade to the Golden Circle package.

Yas Marina Circuit is a located on UAE’s breathtaking Yas Island. This 5.55-kilometer long track witnessed the very first Formula 1 Etihad Airways Abu Dhabi Grand Prix back in 2009, which later went on to become popular event ever since its inception. Yas Marina Circuit is one of the few F1 venues that hosts races running in an anti-clockwise direction.

The Yas Marina track runs alongside the beautiful marina of the Island. The main attraction remains watching the race while the day smoothly shifts into a night while the spectacular lightings add to its beauty.

You can easily reach Yas Island as it is located at a convenient distance of 7 – 10 minutes from the Abu Dhabi airport. After that you can take taxis to head to the track. Even bus transport is available.

Apart from these attractions, there would be exotic brunches, parties, access to clubs and lounges and much more held on Yas Island’s spectacular places, which will make the event all the more enjoyable. So don’t miss the fun this weekend!

Also if you are coming to Abu Dhabi for Grand Prix only then make sure you to plan your vacation in proper way, as there are many more things you can visit in Abu Dhabi. Here is our selection of Best Places To Visit In Abu Dhbai 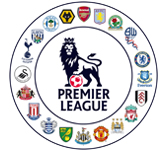 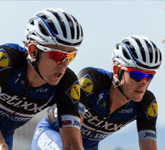 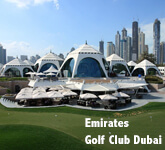