This year IPL has a claimed 10 years of the exciting game. Back in 2008 IPL started with DLF sponsorship & under Lalit Modi’s supervision.

IPL has come a long since it’s 1st season. Not to mention the over talked after match parties to the lavish opening and ending programs. IPL has shown a new way of cricket and become a serious business for all who wants to make money.

IPL has been a launch pad for many players. A lot of Indian small town players came to IPL to perform and find a way to Indian Cricket team. So, truly IPL has given India some of the great young blood.

This year IPL is a mix of things so far. The player injury is not a new thing. Below are few who will miss some of their initial matches or the season completely.

Virat Kholi the skipper of Royal Challenges Bangalore is out for initial few weeks for his shoulder injury followed by another star batsman of RCB KL Rahul who will miss the entire 10th season.

However there is some positive side to it as well. Foreign players who are in limelight.

Let’s kick start the 10th edition of VIVO IPL and enjoy the show. 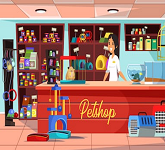