Public and the private sector in UAE will have a Sunday holiday for Isra’a Wal Miraaj. Al Isra’a Wal Mi’raj is a major holiday that celebrates the Prophet Muhammad’s (PBUH) nighttime journey from Makkah to the ‘Farthest Mosque’ in Jerusalem.

The Federal Authority for Government Human Resources made the holiday announcement. Work for the public sector will resume on Monday, April 24. Meanwhile, for the private sector, the official holiday marking Isra’a Wal Miraj will be on Saturday, April 22 for those companies that only have weekly off on Fridays. Private companies that have Fridays and Saturdays off will mark the holiday on Sunday, April 23.

As per the UAE federal laws, public holidays can be adjusted towards start or end of the week if it falls between two working days. This is what happened this time around as well. Initially it’s announced on 24th of April, however, it’s a Monday.

So UAE Government has moved the holiday to 23rd April making it a long weekend for all the public and private sector staffs.

Isra’a Wal Miraaj is a day of significance for two major reasons. Al Isra’a Wal Mi’raj begins with the Prophet Muhammad at the Kabaa in Makkah. Prophet Muhammad is visited by two archangels who provide him with a winged steed called Buraq who then carries the Prophet to the ‘Farthest Mosque,’ believed by Muslims to be the Al Aqsa mosque in Jerusalem, where the Prophet joins past prophets in prayer. The Prophet then ascends to heaven where he is told by God of the duty for Muslims to pray five times daily also known as Salat. This practice is still widely followed some 1,400 years later. This second part of the journey is commonly referred to as the Miraj, an Arabic word meaning ladder.

Dubai to welcome tourists from July 7 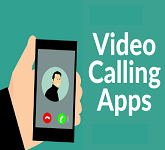 4 Recommended Apps that will help you keep back in Focus

5 Mall habits that we miss doing right after the lockdown. 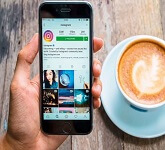